She couldn’t make out the features of the man. He was a blurred, black figure, looming in the air above her like the shadow of death. She tried hard to see through the fuzzy windows that were her eyes but there was not enough light. Like a Black Hole all light was trapped within him and only as much light seeped through his edges that she could visualize the frame of his tall, lanky body but not his face-no!

She was aware of the cool ground beneath her. Her palms itched as grains of sand rubbed against them, wet and stinging. It couldn’t be sweat! There wasn’t a trickle on her face and her mouth was as dry as the desert. Before long she became aware of the viscous wetness that could only be her blood! It was her blood that stung like venom through the cuts in her hands! But why didn’t it hurt? Why was her heartbeat more prominent than her bleeding body? Had the body sensed its End?

She could hear the blood drumming in her ears. And like her body, she tried forgetting the inevitable and started memorizing the rhythmic beat of her heart. It was a music she never had enough time to listen to. Constantly playing within her, trickling like sand through an hourglass! A reminder, she thought, that time was not her companion. It wouldn’t stop but pass by her. What a fool she had been, thinking she had all the time in the world. Thinking that she would die old, when life would be as shriveled as a prune, sucked clean of all flavors but that of old age!

She felt it then. As if someone had struck a blow to her chest leaving a big gaping hole; its mouth large enough to draw all life out of her. She felt something in her chest twist into a thousand little knots. That was it, she thought, Time had sealed the deal on her with Death!

If a dream has ever been closest to reality, it was this one.

MOUTH
3: something that resembles a mouth especially in affording entrance or exit: as
a : the place where a stream enters a larger body of water
b : the surface opening of an underground cavity
c : the opening of a container
d : an opening in the side of an organ flue pipe 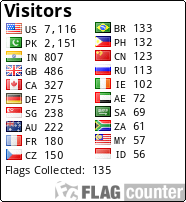